Have you ever gazed at Rangitoto and wondered...
How it got its shape?
Was it a very explosive beginning?
And will it erupt again?

Rangitoto: Te Toka tu moana, The rock standing in the ocean tells the dramatic story of Auckland's most dramatic icon – its birth, the kaka bird's connection to Rangitoto, the imprint of humans on its fragile wildlife, and how the island's guardians are saving it today.

Rangitoto - This book is so good that I want to stand in the street waving copies and shouting, 'Buy it!' After a lifetime in schools and libraries, I know a good non-fiction book when I see it. Rangitoto is not just good; it's excellent.
There are plenty of books about volcanoes; what sets Rangitoto apart is its attractive approach and versatility. Maria Gill's text has a simple narrative running along the bottom of each double-page spread ... read more
Reviewed by Trevor Agnew, Christchurch

After one of the biggest earthquakes in New Zealand in a number of years, it seems appropriate to revisit volcanoes and earthquakes - one of the most popular subjects for junior members of the library. It is also appropriate as over the last two weeks, local author Maria Gill has been visiting the libraries talking about her new book ... read more

This is a superbly illustrated addition to children's knowledge of the different islands of New Zealand. Volcanism is certainly a favourite science topic (especially when youngsters are encouraged to construct a model) and Rangitoto, being situated near Auckland, would be a significant study for many students ... read more
Reviewed by John McIntyre in Nine to Noon, Radio New Zealand, Friday 23rd September 2011 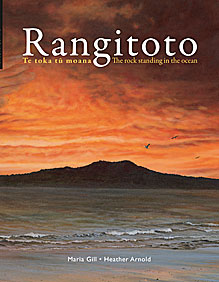 How to draw a North Island Kokako

Make your own Rangitoto Island - template